A member of Carlotta’s family was murdered by the Nazis during the “Euthanasia”-Programm – this was brought to light by her research. And suddenly the past reaches out to the present.

After reading my grandfather’s memoires, I tried to get information about Jürgen at the National Archive. In vain, unfortunately. I wrote to the psychiatric hospital Osnabrück and they referred me on to the State Archive of Osnabrück. There they had a file! Three weeks ago I went to Osnabrück to look at the Jürgen’s medical records.

When I saw his file I was surprised at how big it was. Everything was still there: it started by stating the reason for his admission into the so-called “lunatic asylum” and ended with an invoice for his coffin.

The only thing missing was the notice of his death to his father. According to his medical file, Jürgen died of tuberculosis – the disease which the Regime actively provoked in people they deemed “unworthy of life”.

After going to the State Archive and talking to my father I reflected again on euthanasia victims. I spent last year living and working with mentally disabled people, so it is completely incomprehensible to me how something like that could happen.

All those people I met last year were all unique in their own way. They were extremely understanding, affectionate and warm. All of them helped me when I wasn’t well. A lot them of them even managed to help without being able to talk. That’s an ability that many people who aren’t disabled don’t have.

I had a lot of deep discussions – of course they were about different topics than when I’m talking to friends and family, but they were very personal and educational. I learnt a lot of things that no one else had been able to teach me.

The Nazi euthanasia program was and is a shocking disgrace. If I imagine that it still existed today, my life would be a whole lot poorer than it currently is. 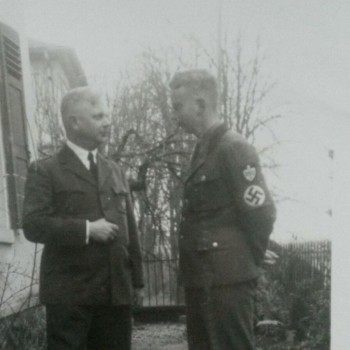 "He Didn’t Have to Shoot People" 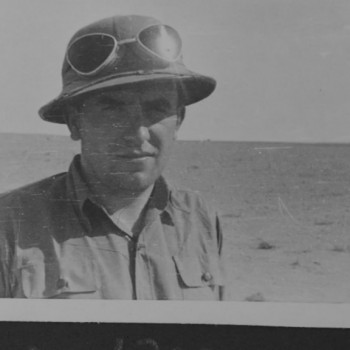